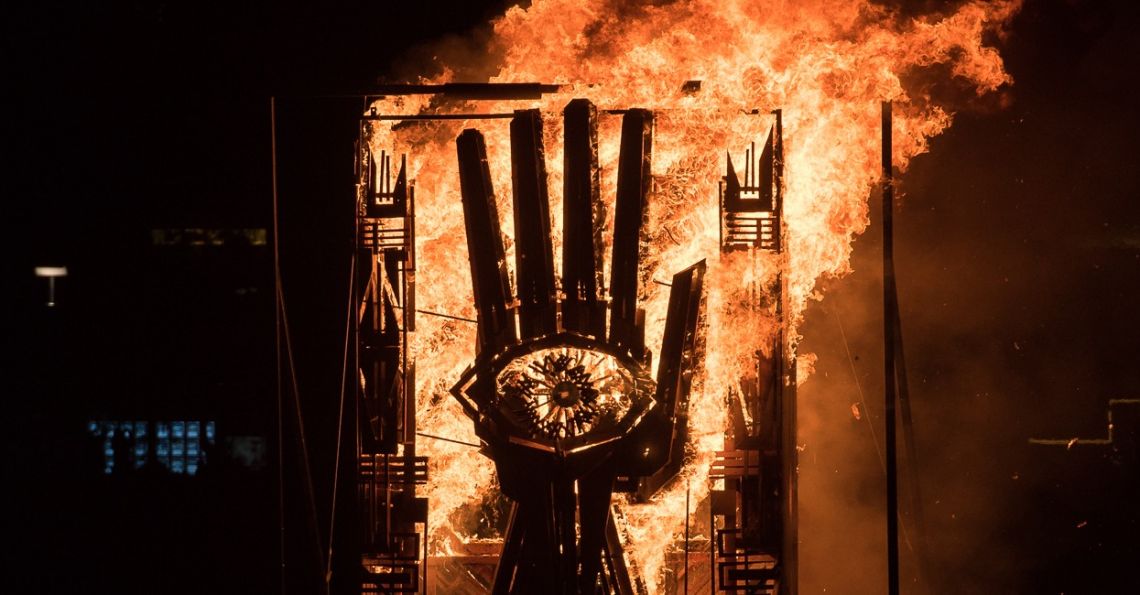 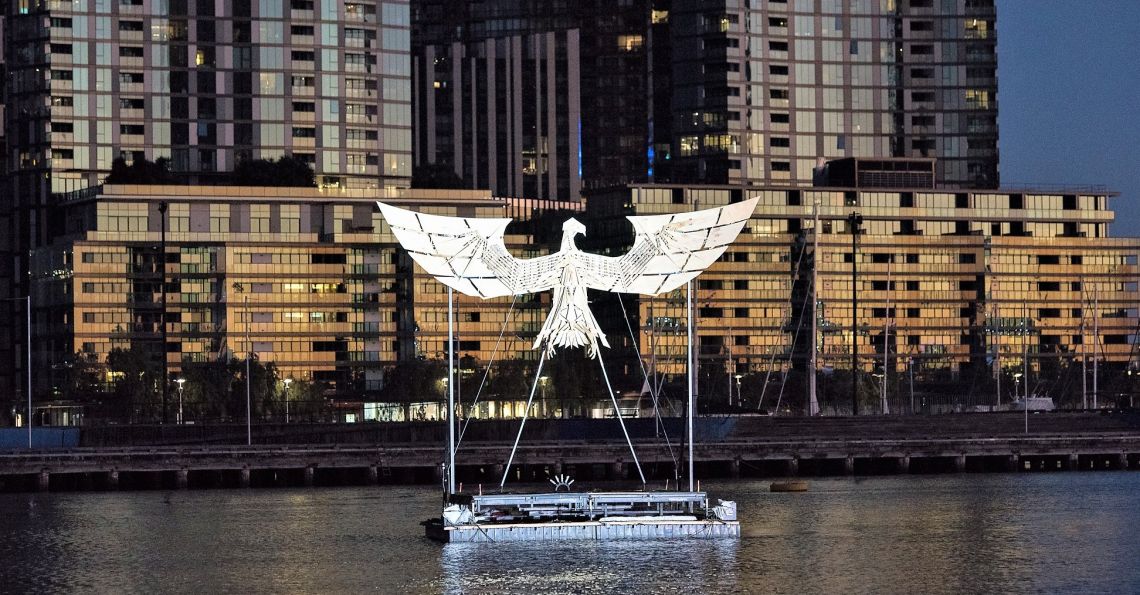 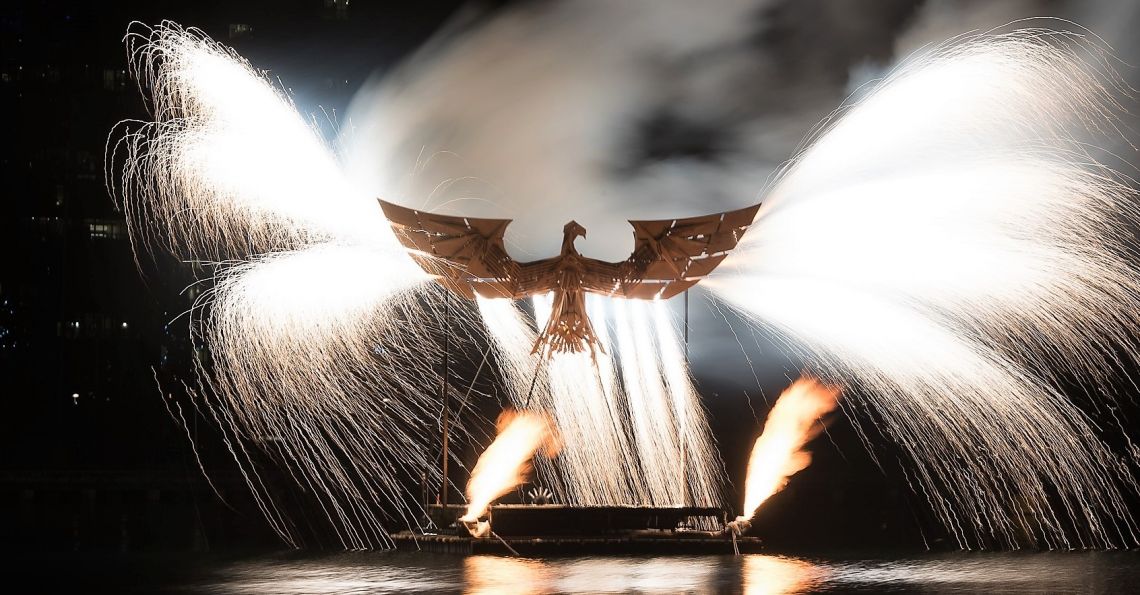 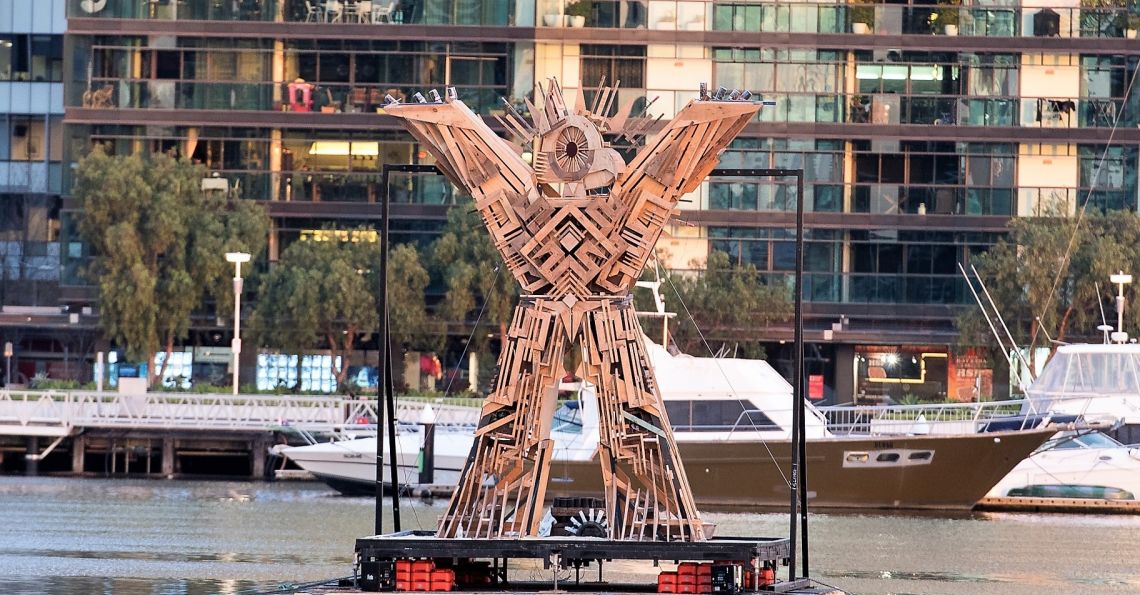 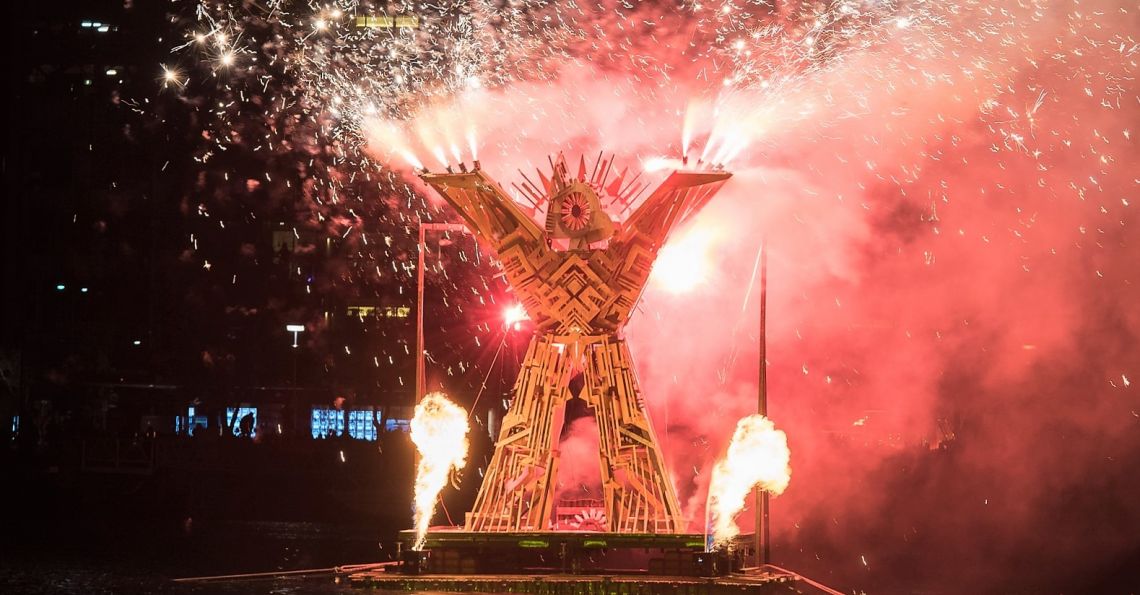 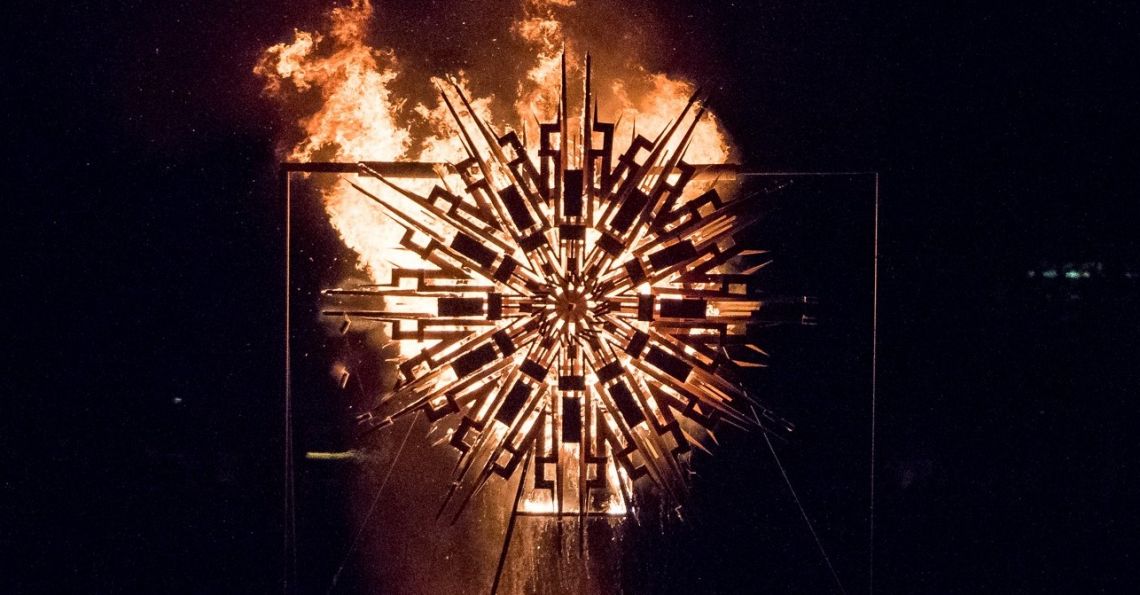 As part of the Docklands Firelight Festival, renowned Melbourne pyrotechnic artist Christian Patton created giant ‘Sun’, ‘Man’, and ‘Eagle’ sculptures made from seasoned hardwood, measuring 6m high and weighing over 500kg each. Over the three nights of the festival, each massive artwork was to be towed into the middle of the Yarra River and set alight.

Showtech Australia engaged Phelan Shilo Partners to design a reusable barge to support the sculptures while keeping excess accelerants and burning debris out of the waterway.

The barge, constructed from proprietary plastic pontoon modules, would have to be stable enough to support the artwork, decking, and support structures as well as withstanding the intense fire of the art installation. The design would also have to minimise the risk of debris falling into the waterway.

Given the nature of the build, the components had to be as light as possible to allow for a crew to easily construct the deck and erect the support structure on a floating barge without the use of a crane.

We reviewed the barge’s stability under wind conditions for each of the sculptures which had varying weights and moments of inertia relative to the barge. We designed the steel frame using lightweight modular components that could be assembled and decommissioned without the use of a crane, and we advised the event organisers to implement a low wind speed in their Wind Management Plan to minimise the loading, thereby keeping the weight of the structure down. Even the ballast that was specified was manually transportable, making for an effortless bump-in/out process.

Each night a different sculpture was set alight, burning for approximately 15 minutes. By specifying smaller yet thicker structural sections, we were able to keep the structural weight low and maximise the fire resistance of the frame. This meant that despite the intense fire, the support frame was able to be re-used for all three sculptures with only minimal warping and charring.

To protect the plastic pontoons, we designed a lighter-weight timber deck which was clad using a state-of-the-art fire mat by Australian company Ferno. This allowed us to protect the integrity of the barge during the event while ensuring the construction process was still light and easy.

Through careful planning, minimal debris entered the water during the festival, and the structure was able to be reused. The show was a resounding success and was recommissioned the following year.